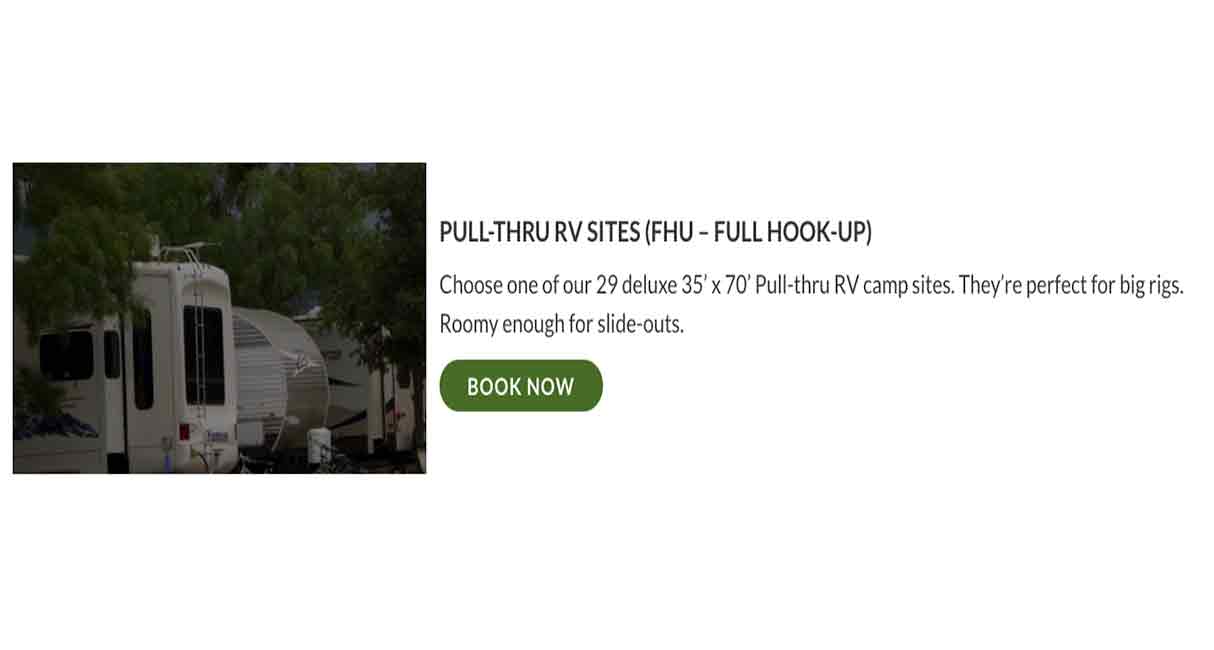 When summer hits its peak and you’re out camping, who can think about a hot meal? Try these deliciously cool and nutritious, easy-to-make recipes perfect for both RV and tent camping.

Healthy, delicious, easy. What more could you ask for?

Ingredients (this is for one individual wrap)

Place tortilla or flatbread on a flat surface. Beginning with the edge closest to you, layer a stripe of red pepper bruschetta just inside the outer edge. Put the chicken slightly overlapping the bruschetta, then add a bit of arugula, then the provolone and tomato. Top with artichoke bruschetta, then the olives, sliced red onion, and drizzle lightly with balsamic glaze.

Fold the portion of the tortilla with the red pepper and chicken into itself, and fold the outer edges of the sides inward, then continue to tightly roll and wrap. Slice the wrap in half and serve, or cut halves into even portions to make pinwheels. Will keep refrigerated for 2-3 days.

For something a bit more exotic, here is an American twist on a traditional Thai dish.

For the Thai Peanut Wraps

For the Peanut Sauce

For the Peanut Sauce

For the Thai Peanut Wraps

Using a large bowl, combine all of the ingredients except for the wraps; mix until well combined. Divide the mixture evenly between the wraps. Drizzle Peanut Sauce on top and then roll up flatbreads; cut in half before serving.

This recipe hits the spot; both cool and savory.

Spread arugula on a serving platter. Add watermelon. Sprinkle with feta. Combine all dressing ingredients in a mason jar, cover and shake well. Pour onto the salad. Serves 6.

So light and refreshing, yet filling!

This one is so easy, it’s ridiculous.

Slice avocado in half and remove the pit. Add tuna and other ingredients to a bowl and gently mix until combined. You can either leave the sriracha out of the mix and drizzle it on after, or feel free to mix it in if you wish. Spoon the tuna salad into the avocado halves. Drizzle sriracha over top and then eat ’em with a small spoon. That’s it!

A satisfying soup that is cold (who knew?). And the cucumber salad makes for a perfect pairing on a hot summer day. A tummy filler.

Shuck the corn, and discard the husks. Shave off the kernels off the cob into a large mixing bowl. Then milk the cob into the bowl by running the back of your knife down the cob to remove any remaining kernel bits and juice.

Next add the tomatoes, bell pepper, onion, olive oil, apple cider vinegar, salt and pepper and stir to combine. Allow this mixture to sit uncovered and undisturbed for 30 minutes.

While the soup is sitting, make the salad by combining the cucumber, red onion, parsley, olive oil, lemon juice, salt and pepper in a bowl, stir and set aside.

Then blend the soup in soup batches in a blender until smooth. Run the soup through a fine mesh sieve and refrigerate for 4 hours or until chilled. Divide the soup into bowls and serve chilled with the cucumber salad, a drizzle of olive oil and pinch of black pepper on top.